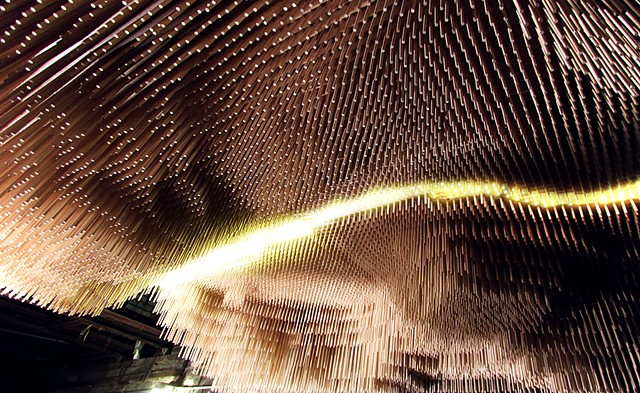 Mark Francis is an architectural designer and installation artist based in Toronto.

Mark's creative practice is primarily based primarily in the realms of informal, participatory, incremental, and tactical urbanism. His architectural and design explorations have focused on organic urban typologies in Latin America/Asia and their applications toward small-scale urban interventions at home in Canada. At its core, this perspective on the built environment strives to bring about more autonomy in the making of personal and public spaces in our cities.

Viewing art and architectural practice as part of the same creative spectrum, Mark's work also includes drawing, photography, and sculpture focusing on spatial, temporal, and existential themes. Aesthetic and academic inspiration can be found in the likes of Lebbeus Woods, Constant Nieuwenhuys, and Elemental.

Mark earned his Master of Architecture from the University of British Columbia in 2014, completed a BFA in visual arts at York University in 2010, and is currently working as a designer in Toronto.

Mark was the long-time Installation Director for Philip Beesley Architect Inc and the Living Architecture Systems Group, formerly the Senior Multidisciplinary Designer at Stacklab, and is co-founder of design collective InterSpatial with architect Natalia Bakaeva. He has worked on laneway-centered initiatives with both the Laneway Project and Lanescape