Lanes, alleys, vacant lots, rooftops, surface parking lots. The potential for infill in Toronto is massive, and still largely untapped. Despite frequent concerns over high-rise density, we still do not use our urban spaces in an efficient manner, particularly at the scale of micro-infill.

Interspatial Playground addresses this deficiency with a kind radically modular urban infill proposal. The goal here is to activate and animate the interstitial, forgotten spaces in the city with an easily deployable system. Using the basic cubic increment of a standard milk crate, along with innovative connective details and LED lighting, this intervention is able to aggregate in an infinite number of ways in multiple urban sites.

Lanes and alleys are a vital, untapped public spatial typology in the city that is largely overlooked because of underdevelopment and neglect. The time and resources it takes to approve a city or developer-funded improvement project for a laneway does not have the kind of agility needed to radically transform the public realm of the city in a meaningful, timely way. Interspatial Playground aims to use the space between buildings to animate these human-scaled spaces, encouraging people to not only walk through, but engage with the structure through interactive seating and lighting components. This not only beautifies the space, but makes it safer by introducing people and light, thereby making it useful to a broader demographic.

As a prototypical site, we have chosen at 15-foot wide site between two buildings on Augusta Ave in Kensington Market. However, the Interspatial Playground can de adapted to both wider and narrower sites throughout the city, becoming a traveling modular installation that many thousands of citizens will engage with. Most of all though, this intervention exposes the latent potential in the city’s forgotten spaces, reminding us all to look at our urban nooks and crannies a little closer. 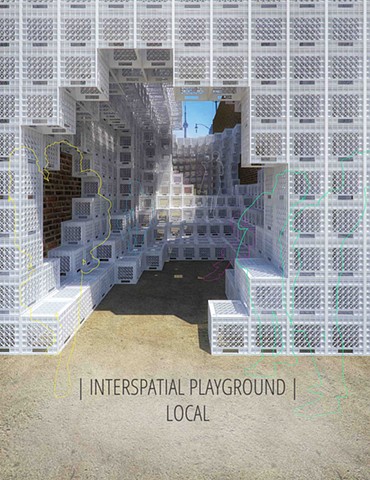 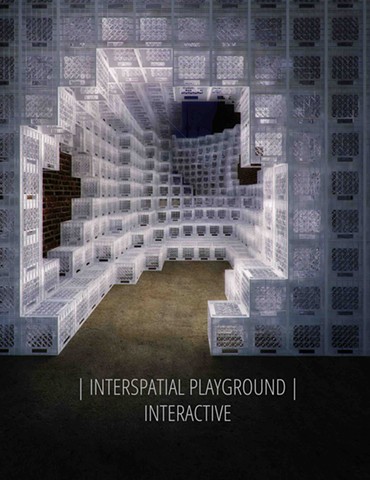 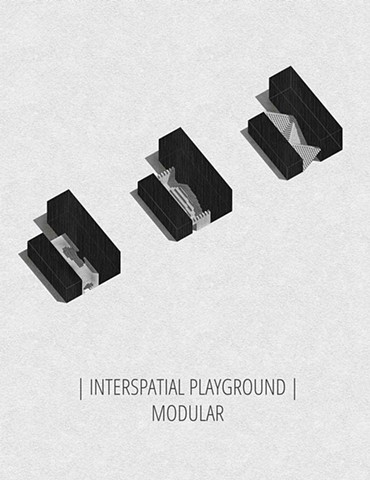 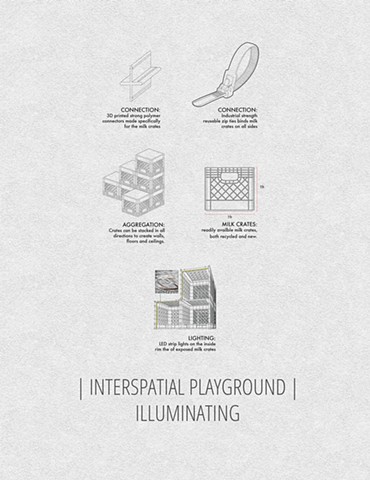